In 2010, I began working for a nonprofit in their development office. Although the nonprofit had been established for close to thirty years, some basic business practice still needed to be put into place.

One business practice that became apparent early on was no reconciliation took place between finance and development. Some of you may ask, “Well, why does this matter?” I will provide some examples of my observations of struggles that took place for finance, development and other departments during this time.

The Coding of Checks: It was the role of the Development staff to code checks when they arrived in the office and then provide them to finance. The complication came from the the checks being coded with campaign coding from the Donor Management system, rather than coding from the finance system.

As an example: Let’s say a donor sends in a check for $1000.00 in response to a direct mail campaign that was recently sent out by Development. This check is coded by Development to the direct mail campaign, but when it arrives in finance they see $1000.00 and determine this is a major dollar amount and decide it belongs on the major gift line. Since no reconciliation is in place, it could be unlikely that this mismatched coding would be known between the departments.

Reporting: Oftentimes reporting will be requested from the Development Department from various people. This could be the Board of Directors, the President or a colleague. Reporting could also be asked from the Finance Department. What happens when a similar report is asked from both departments and the numbers don’t match? When it happened to me, I was embarrassed, and I started asking questions.

Why didn’t our numbers match? We were receiving the same information, why would we both pull a report showing how much we have received in major gifts and direct mail and have completely different numbers? The result? My information was not trusted and I needed to do something about it.

What I did to turn things around.

Step 1. I realized that finance and development have different objectives. It is Development’s objective to measure and evaluate fundraising efforts and strategies, while the objectives of finance include passing the audit, ensuring compliance with IRS regulations and accurately tracking assets

Step 2. Due to Step 1, I worked to develop a relationship with finance and began to work with them.

Step 3. I learned the basics of our finance coding and our department’s budget and how it affected the department.

Step 4. If Development felt something needed to be altered in how our budget was setup, I asked. Finance and Development worked as a team.

Step 6. Development worked with finance to integrate their coding into our donor management system so a monthly reconciliation could begin.

Step 7. The monthly reconciliation reports created by Development were laid out so they worked for both departments, not one over the other.

Finance and Development are a team entity, and rely on each other’s data. The monthly reconciliation became easier every month. The Executives became increasingly confident in the data from the Development Department and I felt I could rely more on the data I was providing.

It was a long journey to get to where we did, but the most rewarding one. 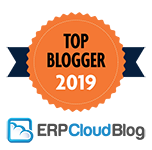